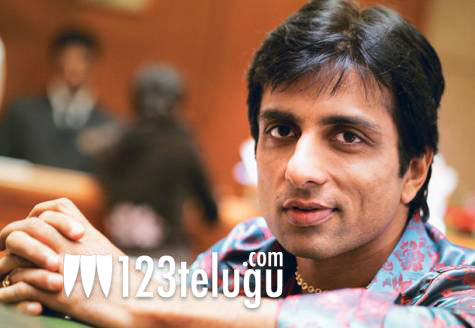 Sonu Sood, who shot to fame with Arundhati and later with Dookudu, is all set to team up with Nagarjuna after a gap of almost seven years. Sonu Sood had acted in Super in which he played Nagarjuna’s friend turned foe. The two have been good friends since then; however, Sonu Sood hadn’t had the chance to act with Nagarjuna after Super. The latest news is that Sonu Sood has been roped in for an important role in Nagarjuna’s upcoming film Bhai. It’s not yet clear what role Sonu Sood is going to play in this action entertainer, but the actor seemed more than happy upon signing the film. Richa Gangopadhyay is playing the lead role opposite Nagarjuna in this film. Veerabhadram is directing the film and Nagarjuna is producing it under Annapurna Studios banner. Devi Sri Prasad is going to score the music. The film will hit the floors early next year.