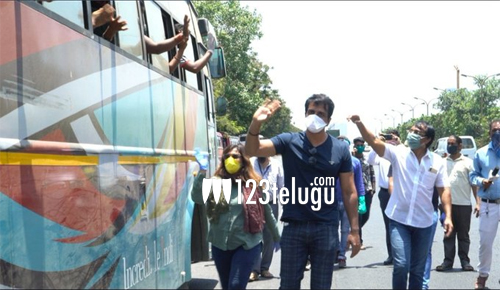 Sonu Sood was all over the news recently when he opened his restaurant in the Juhu area of Mumbai to feed them during this time of grief.

He is now once again in the news as he has sent several migrants by buses hired by him with all permissions from the respective state governments. Seen here in the picture is Sonu waving to some of the migrants who were leaving Mumbai.

Due to the lockdown, a number of workers have been left homeless and wanted to go back to their village but that did not happen. They are being sent now slowly by the authorities.