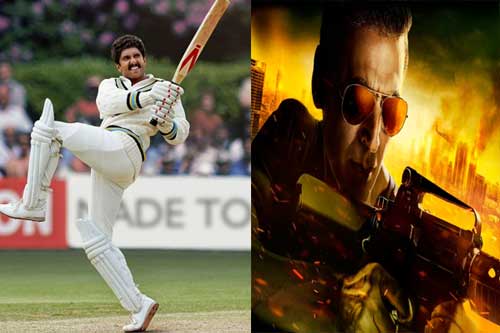 Fans of top Bollywood stars Akshay Kumar and Ranveer Singh have been eagerly waiting for the release of Sooryavanshi and 83. With the multiplexes and the single screens being shut for over 3 months due to the lockdown, fans of both the stars have been worried about the films skipping their theatrical release and instead premiere directly on some OTT platform.

But in a huge sigh of relief for fans, the makers of Sooryavanshi and 83 have ruled out the OTT release and confirmed that both the films will first hit the big screens. Furthermore, Sooryavanshi will be opening in cinemas for the big Diwali festival this year. On the other hand, 83 will be making it to the big screens for Christmas.

Sooryavanshi has been directed by Bollywood’s hit machine Rohit Shetty and 83 is helmed by Kabir Khan.