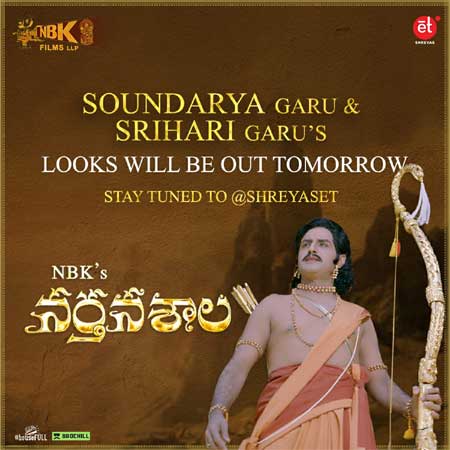 It’s been already reported that Nandamuri Balakrishna’s unfinished directorial debut film, Narthanasala, will be releasing on ShreyasET app on October 24. The film is based on the epic Mahabharata.

Now, the much-awaited first looks of the film’s leading lady Soundarya (Draupadi) and Srihari (Bheema) will be out tomorrow. Needless to say, it will be quite an emotional moment to witness both the departed legends of Telugu Cinema come alive once again. Stay tuned for more details on this special film.