SP Balu is recognising his doctors now; Wife to be discharged soon
Published on Aug 17, 2020 8:00 am IST 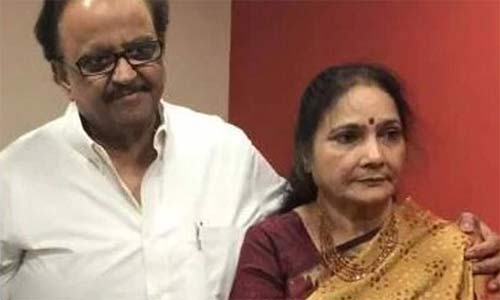 In a major relief, legendary singer SP Balasubrahmanyam’s health is getting better with each passing day. On the other hand, SPB’s wife Savithri too is recovering well after being admitted to the hospital following a COVID-19 diagnosis.

Yesterday, SPB’s son SP Charan released yet another video in which he updated on his father and mother’s health status. He said that Balu is fast recovering and recognizing his doctors and is also giving a thumbs up to show that he’s fine. Charan also revealed that his mother will be discharged from the hospital either on Tuesday or wednesday.