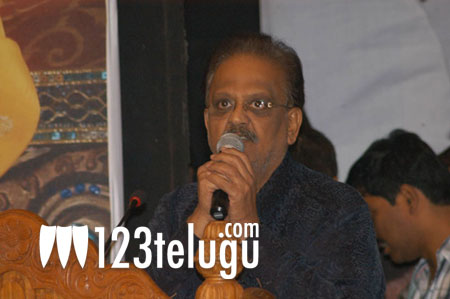 Speaking on the 50th day celebrations of Sri Rama Rajyam prominent playback singer S P Balasubrahmanyam urged leading producers in Tollywood to emulate SRR producer Y Saibabu in terms of making a movie that mirrors the most positive aspects of our culture. He said that commercial considerations should be kept aside when making such movies. He also told the gathering of stars and fans that he considered it his privilege to have sung for the movie. The reputed singer said that the movie has won accolades from discerning audiences the World over. For Nandamuri fans today was a double delight. It also happened to be the 50th anniversary of NTR’s evergreen hit Gulaebakavali Katha. This was revealed by none other than Krishnam Raju. Hero Balayya also revealed that his father NTR had also acted in a movie directed by Bapu in his 52nd year. SRR was released in Balayya’s 52nd year.