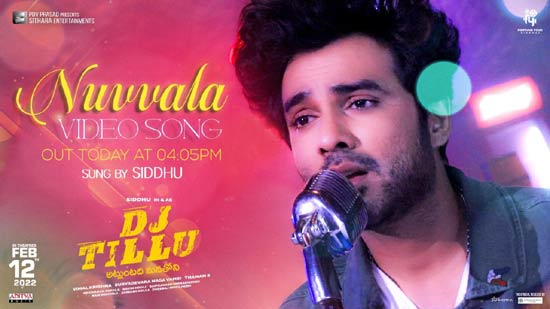 DJ Tillu is a film that has caught the imagination of many. The film is ready for a release on the 12th of this month in a big way.

The trailer has caught on quite well and the word is that a new song titled Nuvvala will be out today in a special way. What’s special is that the song has been sung by hero Siddhu Jonnalagadda himself.

DJ Tillu has Neha Shetty in a female lead’s role. Sithara Entertainments has produced this film which has music by Sricharan Pakala.