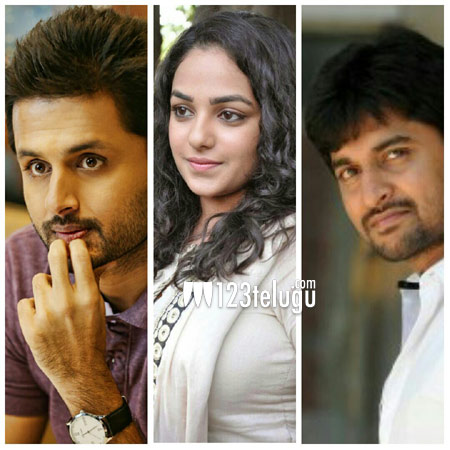 We have reported that 2015 Malayalam blockbuster flick 100 Days of Love has been dubbed into Telugu with the same title. Starring OK Bangaram fame pair Dulquer and Nithya Menen in the lead roles, the movie is a romantic entertainer which was directed by Jenuse Mohamed.

According to the latest updates, young heroes Nithiin and Nani are expected to be the chief guests for the Telugu version’s audio launch. In the past, both actors have worked with Nithya Menon and scored hits. 100 Days of Love Telugu version was supposed to release a while back but has been delayed due to unknown reasons.

Details about the audio launch are still under wraps. Keep watching this space for more updates.