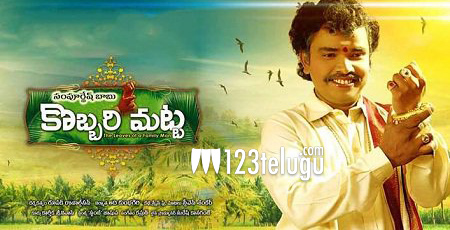 Burning Star Sampoornesh Babu is wrapping up his forthcoming film, Kobbari Matta, with the same team that created a sensation in Tollywood with Hrudaya Kaleyam.

Now, the Kobbari Matta team is promising an even bigger surprise with the film’s climax fight. Shot recently, the climax fight will create history in Tollywood for its uniqueness, according to reliable sources.