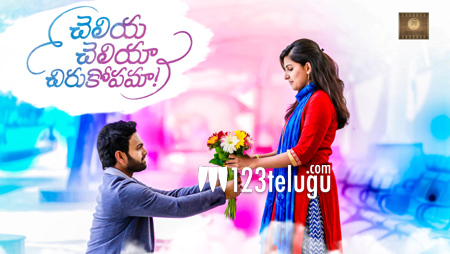 Firstly, wishing Telugu cinema’s Power Star, Pawan Kalyan, a very happy birthday. The Pawan everyone knows today and talks about is totally different from the one that gained this huge popularity. He has grown beyond leaps and bounds. His movies have been a phenomenon in Telugu cinema, starting from the late 90s and early 2000s. One such film that released during that time, the very mention of which evokes a huge nostalgia among his fans and non-fans alike, is Khushi.

Khushi was a rage those days. Even today, any Pawan Kalyan hit is immediately compared with Khushi. When people watched Pawan in Gabbar Singh or Jalsa or Attarintiki Daaredi, the most common comment was that Pawan is back to form as he was during Khushi days.

I am no different. All those memories of Khushi that are permanently etched in my memory subconsciously led me to script a short film as a tribute to that classic. This is just a fan’s way of paying tribute to that movie.

What if Sidhu and Madhu in Khushi climax did not exchange letters and did not get married? This short film is a result of that thought. Please watch this film and relive the memories of Khushi. I hope this short film reminds every Khushi fan of those memories and brings back the pleasant nostalgia.