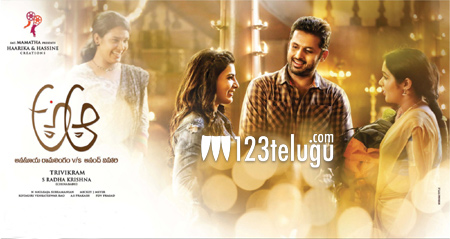 The film has a unique theme of a cultural clash between a city based family and a village based family. To project this, the team is reportedly coming up with a special concept for the audio launch and Trivikram himself is said to be supervising this.

The film is in the final stages of post-production and the formal release date is going to be announced by the team on the day of the audio release. Haarika and Haasine Creations banner is producing this movie.