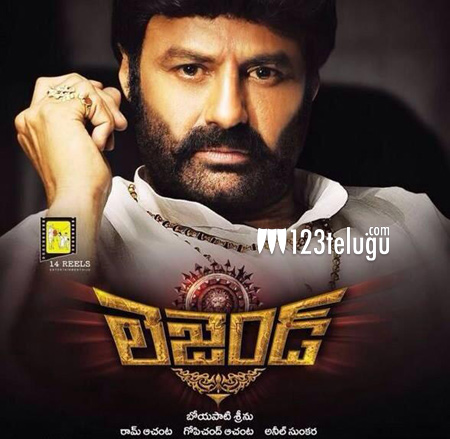 Nandamuri Balakrishna’s ‘Legend’ is getting ready for its theatrical release on the 28th of this month and a special muhurtam has been fixed by the team for the same. The film will release on Friday at 10:34am, as per Anil Sunkara, who happens to be one of the producers of the movie.

This muhurtham is for the regular show only. Benefit shows and early shows will go on as usual. Meanwhile, the film is gearing up for its censor screening tomorrow. Balakrishna will be seen in a powerful avatar in this movie and Jagapathi Babu is playing the negative role.

‘Legend’ has Sonal Chauhan and Radhika Apte as the heroines. Devi Sri Prasad has composed the music. 14 Reels Entertainment and Varahi Chalana Chitram banners have jointly produced this movie.