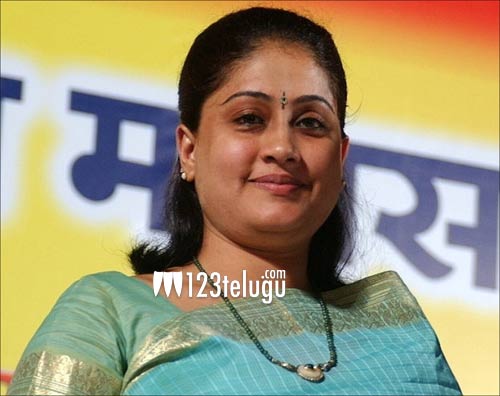 Telugu audience were quite happy when it was announced that yesteryear actress, Vijaya Shanti will be making her comeback with Mahesh Babu’s film which is being directed by Anil Ravipudi.

As Vijaya Shanti’s political career looks a bit bleak, the news is that she is game for more movies from now on. The latest we hear is that several filmmakers have started writing roles keeping her in mind.

Vijaya Shanti is a powerful actress and can portray various roles and it would be good to see her in films with star heroes like Chiranjeevi, Venkatesh, and Balakrishna.

So, post-Sarileru Nikevvaru, we need to see which role and film does Vijaya Shanti choose in her second innings.