Special surprise from Superstar grandson’s debut film tomorrow
Published on May 31, 2020 12:43 am IST 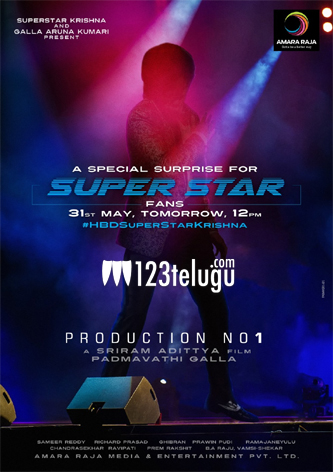 The makers of Ashok Galla’s launchpad film announced that a special surprise will be unveiled tomorrow at 12 p.m. on the occasion of Krishna’s birthday. Whether it’s going to be the film’s title and the first look poster or a special teaser is still a suspense.

Nidhhi Agerwal is the leading lady in the movie and Sriram Adittya is the director.