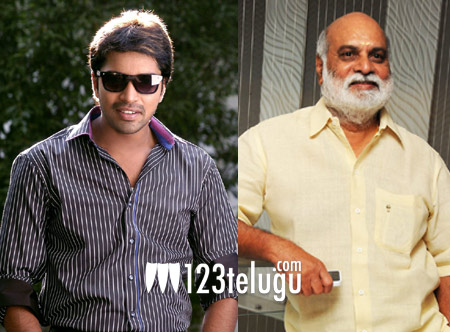 Allari Naresh’s upcoming action comedy film titled Action is going to feature a special song which is reportedly a tribute to veteran director K Raghavendra Rao’s style. We all know that, during his heydays, K Raghavendra Rao is known for showing his heroines in an extremely sensuous manner and most of the romantic songs used to have subtle references to women’s beauty. Now, Anil Sunkara, who’s directing Action, has decided to pay an ode to K Raghavendra Rao’s style. The film’s music director Bappa Lahari has composed a retro style song for the film and Anil Sunkara is going to finalize which all songs from Raghavendra Rao’s illustrious career to recreate in his film. Action also stars Vaibhav, Raju Sundaram, Shaam, Sneha Ullal and Kamna Jethmalani in lead roles.