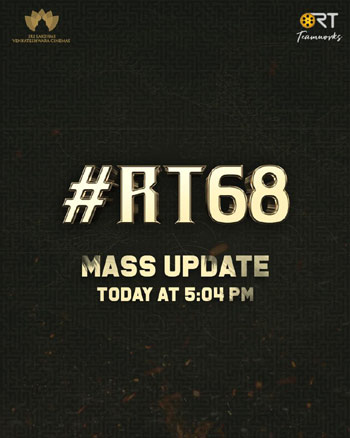 The team of her Ravi Teja’s ongoing action thriller that marks his 68th film has a pleasant surprise for all the Mass Maharaj fans. A special update on this eagerly awaited movie will be out this evening at 5:04 PM. Whether the update is going to be about the film’s title or release date or a new addition to the cast will be known in a few hours.

The recently released first look poster that had Ravi Teja as a government employee created a good buzz around the film’s backdrop. The fact that the film is based on real incidents has further raised the hype. Being directed by debutant Sarath Mandava, the film has Majili girl Divyansha Kaushik as Ravi Teja’s love interest. Sudhakar Cherukuri is bankrolling the project in association with RT Team Works banner.