Special video from Dil Raju’s nephew Ashish’s debut film to be out shortly
Published on Apr 8, 2021 10:53 am IST 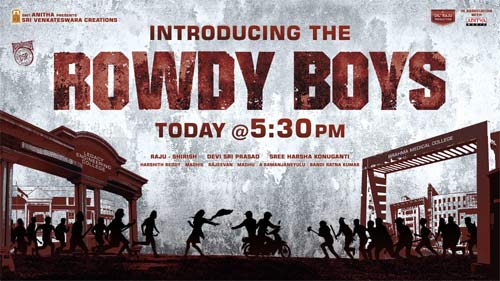 It’s been earlier reported that star producer Dil Raju is going to introduce his nephew Ashish as an actor. The newcomer’s maiden film has been titled Rowdy Boys and it has young beauty Anupama Parameswaran playing the female lead.

And the latest update is that the makers of Rowdy Boys will be unveiling an introductory video at 5:30 PM this evening. The announcement poster reveals that the film’s story is primarily centred around a medical college and an engineering college.