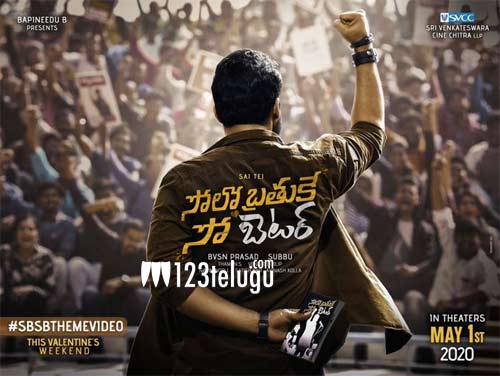 After scoring the much-needed blockbuster with Prati Roju Pandaage, hero Sai Tej is busy working on a youthful entertainer titled Solo Brathuke So Better. The film is scheduled to hit screens on May 1st and the shooting formalities are underway in full swing.

In a latest u6, the film’s makers announced that a special video will be released on the occasion of Valentine’s Day on February 14. iSmart Shankar girl Nabha Natesh is the leading lady and debutant Subbu is the director of SBSB. Senior filmmaker BVSN Prasad is producing the film and Thaman is scoring the soundtrack.