Speculation on Kalyanram being part of NTR biopic is back
Published on Aug 28, 2018 3:49 am IST 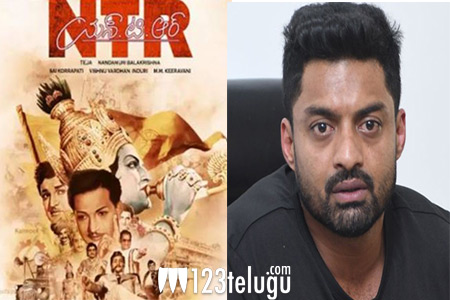 Until a couple of months ago, speculations were rife that Nandamuri Kalyanram will reprise the role of his father Harikrishna in NTR, the much-awaited biopic on Kalyanram’s legendary grandfather NT Ramarao. Naturally, the reports made all the Nandamuri fans excited.

But in a media interaction during the promotions for his previous film, Naa Nuvve, Kalyanram clarified saying that director Teja, when he was still part of NTR, had once asked him to play a role in the biopic. Kalyanram went on to say that Teja never discussed anything about his role afterwards.

And now, after Krish took over NTR, speculation on Kalyanram being part of the movie is back. However, we will have to wait until an official announcement is made in this regard. Stay tuned for further updates.