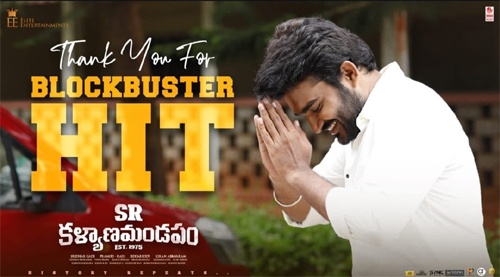 Kiaran Abbavaram is all over the news. The manner in which he promoted his film SR Kalyananmandapam was there for us all to see. This led to the film having a solid opening.

The figures have surprised many as the family drama has made 1.6 crores on day one which is huge keeping Kiran’s market in mind. It is only his second film in Telugu.

Kiran has written this film himself which has solid songs. The makers did not leave any stone unturned and made the audience wait for it. The film saw solid openings in several B and C centers of AP and Telangana.

Now that it is a weekend, the mouth talk is growing and we need to see how the film will perform at the box office.