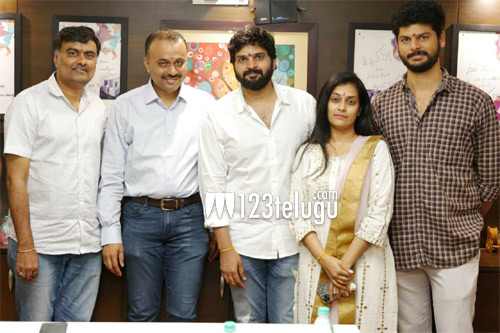 Hero Sree Vishnu’s new film had its muhurtham this morning in Hyderabad. The film will be directed by debutant Hasith Goli who worked as an Associate Director on Mental Madhilo and Brochevarevarura.

Touted as a comedy drama, the film will have its music composed by the talented Vivek Sagar. The regular shoot will kick-start from January. The makers are yet to announce the actress who will play the female lead.