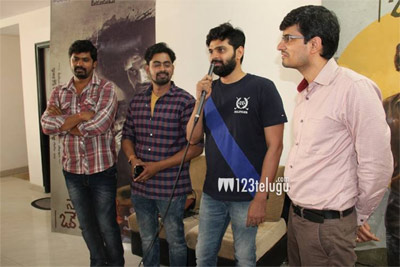 Tharuvatha Evaru is one small film which is gearing up for an August 3rd release along with Chi La Sow and Goodachari. Hero Sree Vishnu has unveiled the film’s theatrical trailer.

Speaking at the trailer launch, Sree Vishnu said that he was very much impressed with the trailer and that he is looking forward to the film’s release. He also conveyed best wishes to the team. Touted as a horror-thriller, Tharuvatha Evaru has newcomers Manoj and Priyanka Sharma in lead roles.

Actor Kamal Kamaraju will be seen in a guest role in this movie. Directed by G. Krishna Prasad, Tharuvatha Evaru is produced by Rajesh Koduru. Vijay Kuraakula is the film’s music composer.