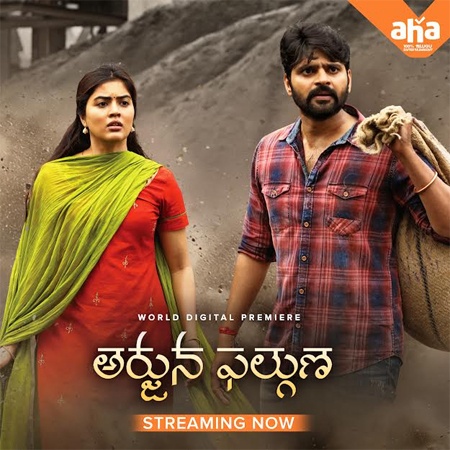 Young actor Sree Vishnu and Amritha Aiyer starrer Arjuna Phalguna has finally made its OTT debut on Aha today. The Teja Marni directorial was released in theaters on December 31, 2021.

The movie didn’t run well at the box office and failed to reach the expectations of the audience. Those who missed watching it in theaters can enjoy it on their small screens.

Produced by Matinee Entertainment, the music of the film has been composed by Priyadarshan Balasubramanian.