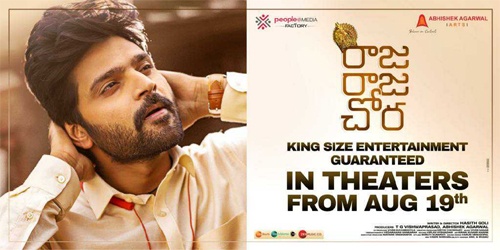 Today, the makers have announced the release date of the film. Raja Raja Chora will now hit the screens on August 19th. Sree Vishnu plays a hilarious role as a smart thief, wherein Megha Akash will be seen as his love interest.

Raja Raja Chora is jointly produced by People Media Factory, Abhishek Agarwal and directed by Hasith Goli.
Vedaraman is the cinematographer, while Vivek Sagar has scored music for the film.