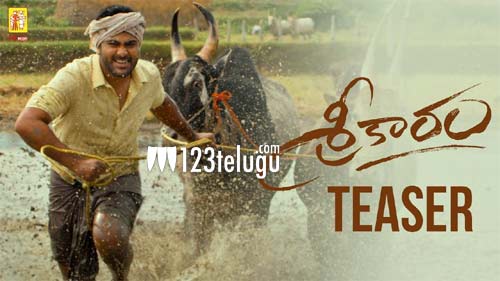 Sreekaram is a film that Sharwa has pinned a lot of hopes on as some of his previous films did not work at the box office. The film is finally done with its shoot and the makers today revealed the teaser.

Touted to be a village drama, Sharwa is seen as a farmer in the film. His voiceover of why a farmer does not make his son enter the farming industry sounds haunting and is said to be the main theme of the film.

The visuals, Sharwa’s earthy avatar, and emotions are quite appealing. Things have been kept appealing but the main conflict point has been kept a secret.

Produced by 14 Reels, this film is being made by debutante Kishore B. Micky J Meyer has composed the music.