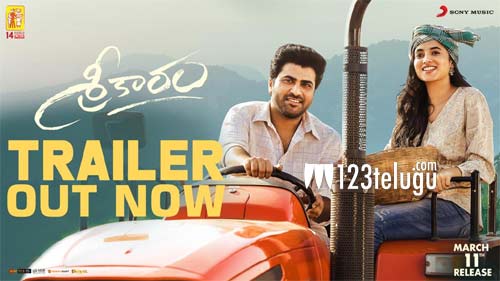 Sreekaram is a film that needs to click at any cost as Sharwanand is going through flops in his career. The film’s songs have clicked well now and the time has come for the trailer.

By the looks of it, the film is based on agriculture and showcases how a well-educated man played by Sharwa decides to take on farming as a full-time occupation. All this is nicely established in the trailer.

The trailer has good emotions and shows the characters of Rao Ramesh, Naresh, and others in meaningful roles. The chemistry between the lead pair is also good.

Sai Kumar plays this local villain and his role also looks interesting. The plot is simple but the narration and drama are going to be a highlight as showcased in the trailer.

A debutante named Kishore Reddy directs this film. 14 Reels Plus banner is producing this film.