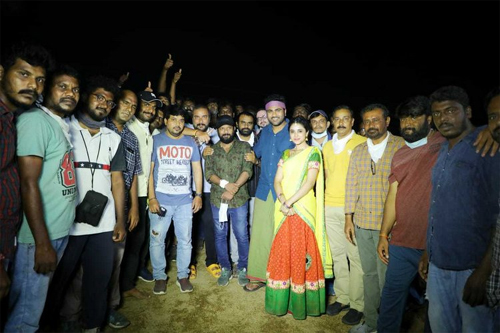 It is a known fact that Sharwanand is doing a film called Sreekaram which is a village drama. The film resumed its shoot post the lockdown a few days back in Tirupathi.

The latest we hear is that the 20-day long schedule has been completed successfully yesterday. The film’s major cast took part in this shoot and now with the completion of this schedule, the makers are very happy that the film has come out quite well.

Directed by Kishore, the film has Priyanka Arul Mohan of Gang Leader fame as the heroine. 14 Reels Plus banner is bankrolling this film. The release date and other formal announcements about the film will be made soon.