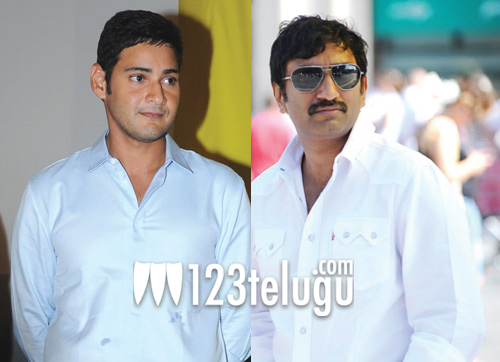 Less than three months after his previous film’s release, Sreenu Vaitla is already gearing up for his upcoming film Aagadu starring Mahesh Babu and Tamannaah.For the past few days, there has been a rumours that “Dookude Dookudu” is the tag line of the film. When several fans of Mahesh Babu asked Sreenu Vaitla, if it was true, he finally tweeted saying, “Good morning!! Seen all the tweets and wanted to clarify that just the title “Aagadu” is confirmed..dookude dookudu is not the tag line.”

Mahesh Babu and Sreenu Vaitla are teaming up for the second time and after scoring a blockbuster like Dookudu in their previous outing, expectations are sky high on this film. Moreover, this is the first time that Mahesh Babu and Tamannaah are pairing up for a Telugu film. Aagadu is likely to go on floors in August and it’ll be produced by 14 Reels Entertainment Pvt Ltd. S S Thaman will score the music.