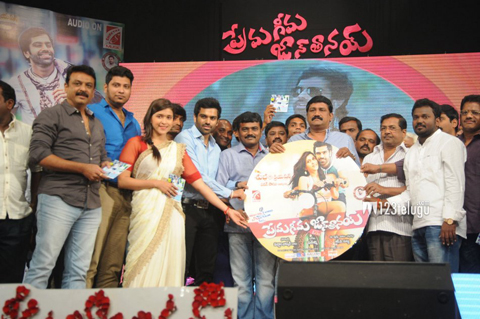 Indian Idol Sreeram Chandra who shot to fame with the coveted title is all set to test his luck at the box office. He is getting ready with his upcoming film titled “Prema Geema Jaantha Nayi”.

Sreeram has earlier played a pivotal role in ‘Jagadh Guru Adhi Shankaracharya” and got good recognition for his flawless dialogue delivery in the movie. ‘Prema Geema Jantha Nayi’ will be his first film as a solo lead and Barbie Handa, who happens to be cousin of Priyanka Chopra is making her debut as a heroine with this film. The audio of the movie was launched today on a grand scale at Shilpa Kala Vedika and lots of film industry personalities have graced the occasion.

Maddhala Bhaskar has produced this film on Subha Creations. RV Subbu is marking his debut as a Director with this flick and Mani Sharma has composed the music of the album.