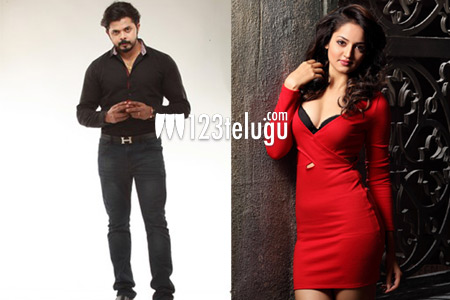 It was already reported a while back that ex-cricketer Sreesanth will be making an entry into films. Many names were floating around on who might be the lead actress. The latest update is that Shanvi Srivastava has been roped in for the role. Shanvi was seen in films such as Lovely and Adda.

The movie will be directed by Sana Yadireddy and he will be producing it as well. The flick will be a trilingual and will be made in Telugu, Tamil and Malyalam. Apparently, the story will revolve around the life of a cricketer, touching subjects such as betting and affairs. The movie will apparently have well known technicians. Keep watching this space for more updates.