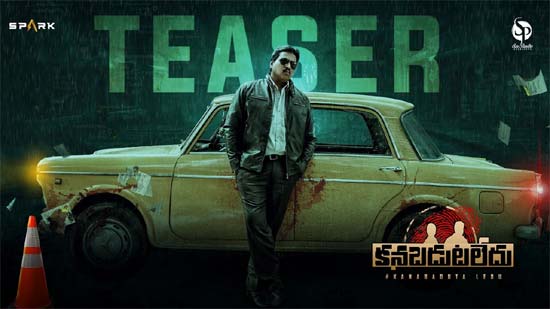 Young actress Sri Divya launched the teaser for star comedian turned hero Sunil’s new film as a solo lead, Kanabadutaledu. Going by the teaser, Kanabadutaledu promises to be a riveting murder mystery thriller. Suspense elements and the romance track will be the main highlights of the movie.

Kanabadutaledu’s teaser introduces all the important characters and reveals that the story revolves around a series of murders in the city. Sunil plays a detective and he uses different methods in resolving those cases. Who is the masked man and what is the motive behind his crimes will be something to watch out for when the film hits screens.

Debutant Balaraju has directed Kanabadutaledu and Madhu Poanna is the film’s music composer background. Also starring Sukranth Veerella in the lead, the film is being produced under SS films, Sree Padha Creations and Shade Studios. Sarayu Talasila is presenting the film.