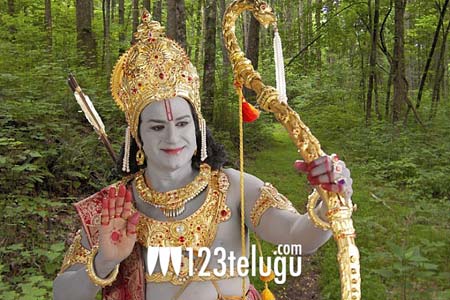 The post production of Sri Rama Rajyam is almost coming to an end. Balakrishna and Nayanthara are playing lead roles as Lord Rama and Sita in the film. Bapu is directing the film and Saibaba has produced the film on a lavish scale. ANR will be seen as Valmiki and Srikanth is playing Lakshmana’s role in the film. The film has a lot of special effects and special care is being taken to make sure that there are no glitches in the final copy. Recently, music director Ilayaraja had completed the rerecording of the film. The film’s songs have already become quite popular and Balakrishna’s first look as Lord Rama was received quite enthusiastically. The entire post production for the film’s first half has been completed couple of days ago and the film unit even printed the negative of this part. The film is all set to hit the screens on November 17.