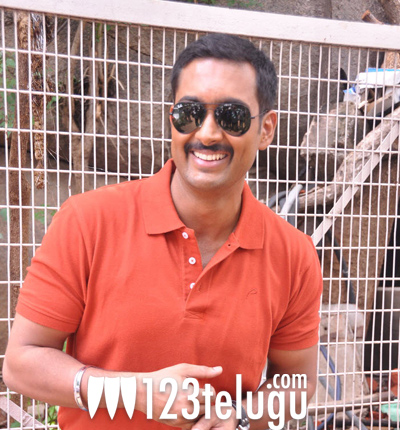 Udaykiran’s next film, a romantic action entertainer, is to be Sri Sri’s directorial debut.This yet untitled film will be presented by Skywalk Corporation and Ch Munna will produce it under Flying Colors banner. The film’s shooting began with the muhurat puja in Hyderabad recently.

Director Sri Sri addressed the media on the occasion and said that the film is going to be a perfect combination of romance, action, entertainment and mass elements. He further said that Uday Kiran has never played such a role in his entire career. Producer Munna too spoke on the occasion and admitted that Sri Sri’s story impressed everyone. “Sri Sri has worked with Suresh Productions in the past as an associate with successful directors such as Vijay Bhaskar and Ram Prasad. We are introducing him as director with this film”, Munna said. The film will go on floors this month.