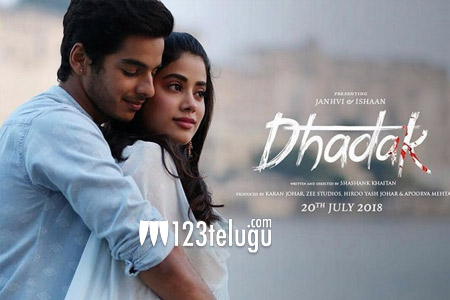 Dhadak capitalized on the good word of mouth and the craze around the movie and posted impressive numbers on Saturday (Rs 11.04 crore) and Sunday (Rs 13.92 crore). Dhadak’s first weekend India nett totals to Rs 33.67 crores.

Janhvi and the film’s hero Ishaan Khattar earned decent reviews for their performances. The film is produced by Karan Johar and he ensured maximum visibility for the project ever since it went on floors.