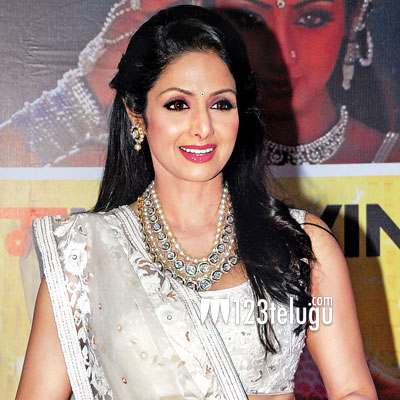 Evergreen actress Sridevi is the flavour of the season right now. After a long gap, she will be seen in a key role in Vijay’s upcoming film Puli. From the past few days, there were certain rumours making rounds that Sridevi is all set to launch her daughter Jhanvi in movies.

Reacting strongly to all these reports she said “Jhanvi has just completed her graduation and hasn’t signed any film yet. It is unfortunate that people sometimes misunderstand and quote whatever they want”.