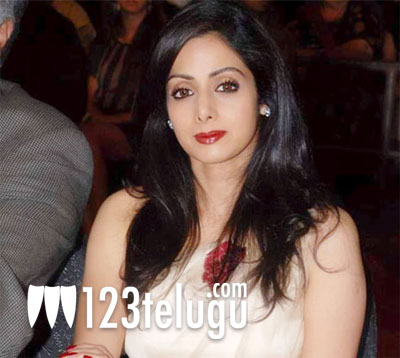 Sridevi is undoubtedly the princess of Indian film industry and has got a pan India presence. At one point of time she has completely dominated every other heroine of her time. She has recently acted in English Vinglish which was a big hit.

Offers have been pouring in from all directions ever since and the latest news now is that she has apparently been approached by the makers of a Hollywood movie ”Cowboys and Indians” to play a lead role alongside Meryl Strip. However Sridevi has not yet signed the dotted line. In a statement released by Boney Kapoor he said that their daughter Jahnavi is going through the script and if she likes it they will go ahead with the project.

Sridevi has also recently accepted a script narrated by Kona Venkat. More details are awaited on this project. Even at this age she has got unprecedented popularity which is quite rare.