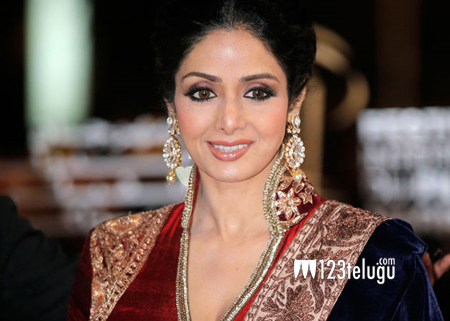 Tamil superstar Vijay’s upcoming socio-fantasy thriller, Puli, is getting ready for a massive release on October 1st. Directed by Chimbu Devan, the film has Shruti Haasan, Sridevi and Hansika as female leads.

The post production work is nearing completion and according to the latest update, the audio will be launched on the 19th of September and Sridevi will be the chief guest of this event in Hyderabad.

SVR Media has bought the Telugu rights for a whopping price. Music sensation Devi Sri Prasad composed the soundtrack for the film.