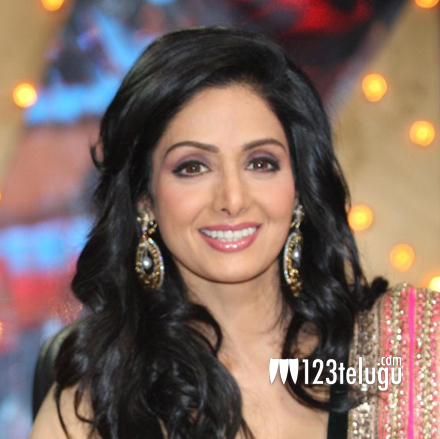 One of the most beautiful and talented actress, Sridevi made a re-entry to the silver screens after 15 long years. Her comeback film, English Vinglish went on to become a super hit and now if sources are to be believed, Sridevi will make her small screen debut with the Telugu version of the famous quiz show Kaun Banega Krorepati.

Apparently Sridevi has been roped in for a huge amount to host the show and the actress is pretty excited about her venture into television. This would be the first time in history of Telugu Television that such a huge star would host such a famous show. Already stars like Surya and Prakash Raj have already hosted the Tamil versions of the popular game show.