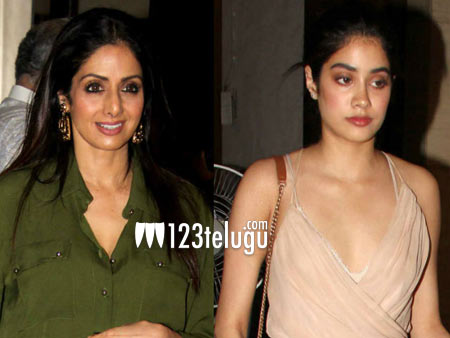 Last year, there were numerous speculations about the highly-anticipated debut of yesteryear diva Sridevi’s elder daughter, Jhanvi Kapoor. Buzz had it that Jhanvi will be launched ​by hotshot Bollywood filmmaker Karan Johar with the remake of the blockbuster Marathi romantic drama, Sairat.

Star kids Ahan Shetty (son of action hero Suneil Shetty) and Ishaan Khattar (brother of heart-throb Shahid Kapoor) were rumored to be in talks to play the male lead in the movie. But nothing positive had transpired out of these speculations.

But if the latest reports coming in from Bollywood media circles are anything to be believed, Jhanvi’s debut will indeed be with Sairat’s remake and Ishaan Khattar will be playing the film’s hero.

This film will reportedly be directed by Shashank Khaitan, who scored a huge blockbuster with Badrinath Ki Dulhania earlier this year, while Karan Johar will be producing the movie. We will have to wait for an official announcement in this regard.