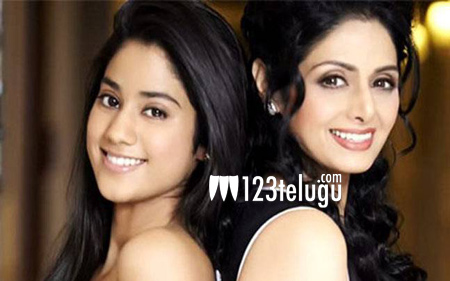 Over the last one year, there have been numerous rumours about the silver screen debut of Jhanvi, the elder daughter of yesteryear diva Sridevi and her producer husband Boney Kapoor. However, Sridevi time and again refuted all the rumours and said that there’s still enough time for her daughter’s debut.

Amid constant reports of hotshot Bollywood filmmaker Karan Johar planning to launch Jhanvi in his next production, Boney Kapoor clarified in his latest interview that Karan has indeed been in touch with them to introduce Jhanvi.

Boney also said that no project has been finalised yet for Jhanvi debut and that his daughter will not be part of Sairat’s Hindi remake, as being speculated.