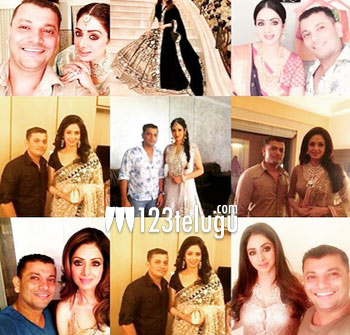 The death mystery of Sridevi is yet to be solved and so much is being talked about all over. Sridevi’s personal makeup man, Subhash Shinde is the man who was very close to her and was along with the star just a day before she passed away in Dubai.

Speaking to the press, he said that Sridevi was always quite particular about her makeup and spent a lot of time for it. Subash also said that he used to accompany Sridevi at major events and has been doing her makeup for the past six years.

The celebrity makeup man also revealed that he was the one who did her makeup during the high-profile wedding and the star looked very happy without any health issues.

He ended by saying that he cannot believe that she is no more and the feeling is yet to sink in that someone close to him is no more.