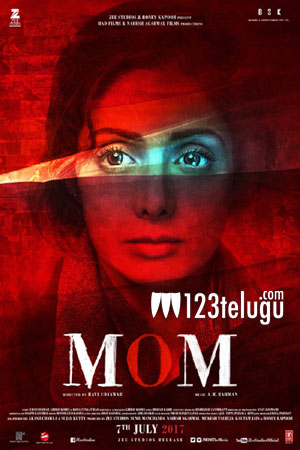 Yesteryear heroine Sridevi’s forthcoming flick, MOM, is scheduled for a July 7th release. The film’s first look posters and teaser, which were released a few weeks ago, caught moviegoers’ attention.

Now, the latest update is that the makers are planning to kick start the promotions by unveiling the theatrical trailer of the film. Touted as an intense social drama, this is Sridevi’s 300th film.

MOM also stars Nawazuddin Siddiqui in a pivotal role. The movie will be released simultaneously in Telugu, Tamil and Malayalam and Hindi languages.