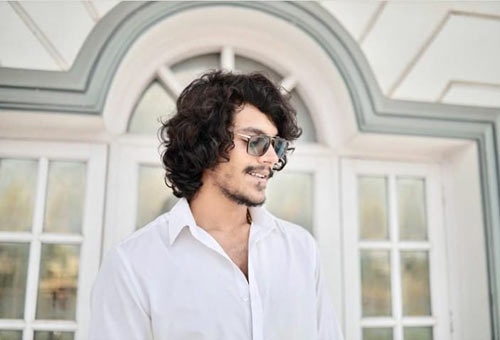 Star character artiste Srihari and former actress and dancer Disco Santhi’s younger son Meghamsh Srihari made his acting debut with the youthful entertainer Rajdhoot in 2019. The film had a disappointing run at the box-office, but Meghamsh managed to attract industry’s attention.

Now, Meghamsh is gearing up for his second film. He has undergone a striking makeover, sporting long hair and a slight beard, for his next and is looking cool in a couple of new pictures. More details about the cast and crew of the film will be announced soon. Stay tuned for further details.