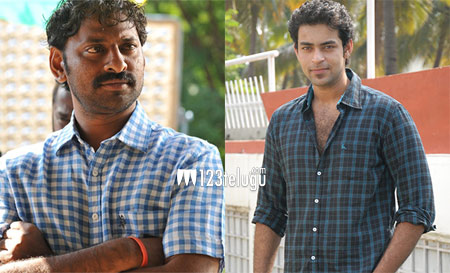 Ever since it was announced that Varun Tej, the son of Nagababu, is going to make his acting debut, he has become the talk of the town. The project gained more prominence when Srikanth Addala was roped in to direct the film and this is going to be his his first project since the release of a huge hit like Seethamma Vaakitlo Sirimalle Chettu.

Recently, Srikanth Addala was spotted at Antharvedi temple where he kept the bound script and prayed for divine blessings. He was accompanied by Nallamalapu Bujji, one of the producers of the film. Tagore Madhu will co-produce the film under Leo Films banner. The film is going to be launched on February 27 in Hyderabad and the entire Mega family is expected to grace the event.

Mickey J Meyer will be scoring the music. More details about rest of the cast and crew will be revealed soon.