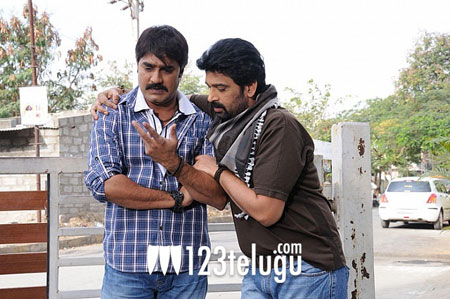 Looks like multi-starrers are going to be the ‘in thing’ this season. A new film with hero Srikanth and J.D.Chakravarthy in lead roles is currently in production. The movie has been titled ‘All the Best’. This is the third film in which these two heroes are acting together. They worked together for ‘One by Two’ and ‘Egire Pavurama’ earlier.

J.D.Chakravarthy himself is the director of this film while J.Sambasiva Rao is the producer. Hemachandra is scoring the music. Lucky Sharma is making her debut as a heroine with this movie. The first schedule of the movie was completed recently and the second schedule will begin from the 23rd of this month. A few sequences are going to be shot in Bangkok. The movie might hit the screens in March.