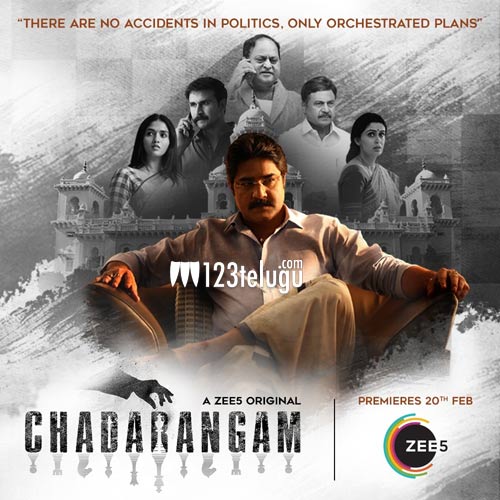 Hero Manchu Vishnu is coming up with a web-series, Chadarangam. Touted as a political drama, the series is directed by Raj Anantha. The series will be available for streaming on ZEE 5 app very soon.

Chadarangam showcases an unknown incident that took place in legendary actor and Chief Minister of erstwhile Andhra Pradesh NT Rama Rao’s life which only his close acquaintances knew. None other than hero Srikanth will be seen reprising NTR in Chadarangam.