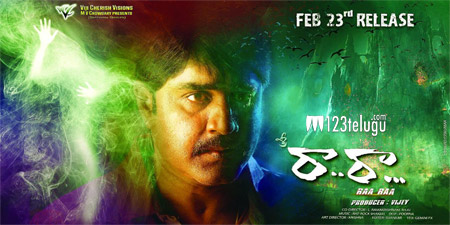 Senior hero Srikanth will soon be seen in a horror comedy, titled Raa Raa. The 120 plus movies old actor has attempted this highly successful genre for the first time in his career. The film is slated to hit the screens on February 23.

Last year, Raa Raa’s motion poster and teaser were unveiled by Megastar Chiranjeevi and Malayalam stalwart actor Mohanlal respectively. The film has been directed by Shankar and produced by Vijey and MV Chowdary. Naziya is the film’s female lead. Raa Raa’s pre-release event will be held next month.