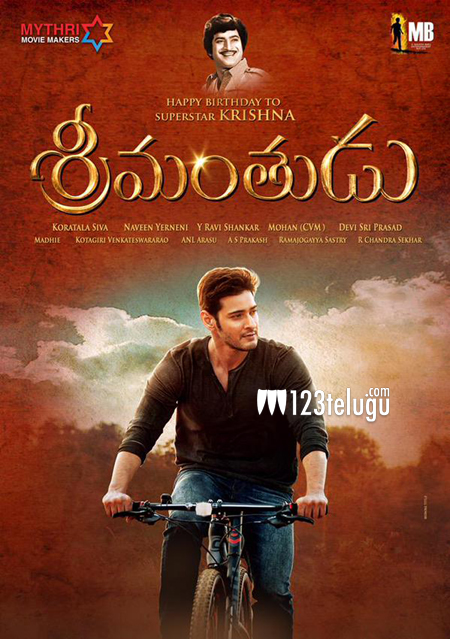 It is already a known fact that ‘Srimanthudu’ first look posters and teaser will be released on May 31st on the eve of Superstar Krishna’s birthday. But surprisingly, the makers have released the first look poster via social networking site Twitter earlier today.

Mahesh was seen in a cool look and the first look poster has created a flutter on social networking sites soon after it was launched by the makers. Directed by Mirchi fame Koratala Shiva, this movie has Jagapathi Babu, Rajendra Prasad and Sukanya playing crucial roles.

Shruthi Haasan will be seen as the female lead in this film. Mytri Movie Makers are producing this flick and Devi Sri Prasad is the music composer.