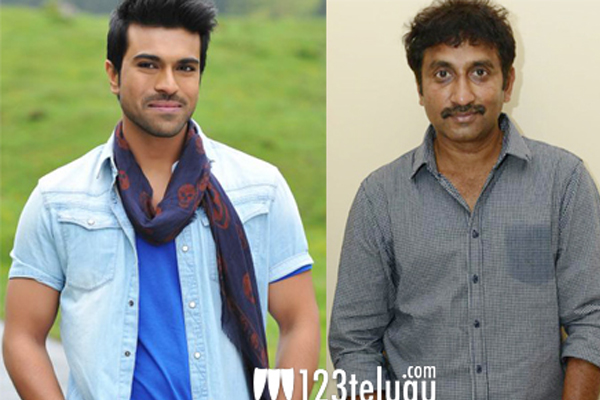 After bagging a debacle with Aagadu, ace filmmaker Sreenu Vaitla is leaving no stone unturned to restore his lost momentum. It is heard that he is giving his best for Ram Charan’s film, which is currently under way.

Already, Charan has praised Sreenu Vaitla’s work and he has expressed happiness with the way the project is shaping up. Also, Gopi Mohan, one of writers who is assisting Sreenu Vaitla in this project, has heaped praise for his dedication in churning out every scene with utmost care. So, it can be believed that Sreenu Vaitla is determined to make a strong comeback.

Rakul Preet Singh is the female lead in this flick which is being produced by DVV Dhannaya.