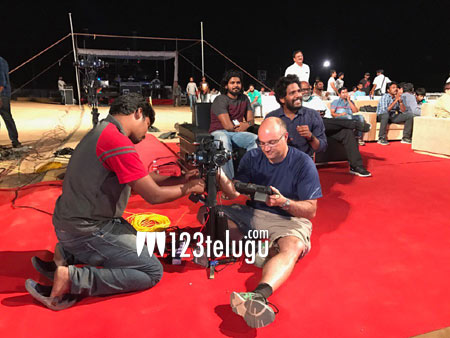 The much-awaited day of millions of fans and movie lovers is here. The grand pre-release event of India’s most eagerly awaited magnum opus, Baahubali The Conclusion, will take place tonight at the Ramoji Film City. Even the film’s audio album will be released into the market today.

More than 10,000 fans and celebs from across the country are expected to attend this Mega event, which will also have a 360° VR telecast apart from the traditional live coverage via YouTube and news & entertainment channels.

The film’s unit has taken all the measures to make this grand event a memorable milestone in the history of Indian entertainment industry.